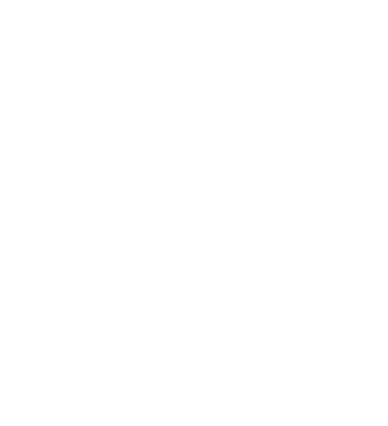 from dream to innovation

I am dreamer, I am a realist, I am a critic. And I separate those aspects of my creative process. This means I am trying to apply Walt Disney's imagineering method when I innovate. As a coach, I am helping you and your team(s) to reach a COACH state that will enable you to fulfill the 3 phases of innovation and come up with the best ideas to commit to a creative future for your company. Read how it works in today's story.

to start innovation, dreaming always comes first. Dreaming of success is what makes it happen (at least if you also get to the further steps, in the right order). At Walt Disney's, innovation started in the "Dreaming Room", a room dedicated to the imagination of the future. A room where the team would work and would be able to reconnect to the "task significance", to "hold the field of the dream" (according to Robert Dilts' words during his 2015 Orchestrating Innovation seminar in Brussels where I first got in touch with this method

a Dreaming Room is something every company have. The room doesn't have to be big, it doesn't have to be fancy. It should invite individuals and teams to connect to the energy of innovation, to think and speak freely about the future they have in mind for their project, their team, their company. It should be separated from the real and critical world to let the best ideas emerge, no matter what comes next. And if no separate physical room is available, at least pay attention to the set up for the time the room is available, install some accessories that make the room feel different during the dream process (really fun thing to do with colleagues!).

the Dreaming Room process is ready when you have gathered the words, images and gestures enabling you to imagine the vision, the mission, the ambition and the roles needed for your project. That's also how I got started when I elaborated the kappaCity project.

the dream is now ready for the real word, outside the Dreaming Room. You are cleared to move to phase II. You are ready to move from dream to action, acting as a realist. This phase is also referred to as the storyboarding process, during which you use words and pictures to capture the action (whereas the dream phase rather focuses on capturing the feeling of the innovation you are generating) and set it out on a timeline on which you chunk down the different steps. The team starts working on what the specific actions you need to take to make the dream happen, where and when they need to happen, what needs to be done by who.

if you are working on a movie, you will first work on the scenes, then on the actions, then on the movements. If you are writing a book, you'll start with the idea for the book and for each chapter, switch to the main themes per chapter and then chunk down per theme, from rough draft to final draft. If your team is working on a new project, you will start phase II with the elevator pitch (the highest level, where you capture the purpose of what you're doing), then you'll get to an executive summary and you'll finish with a business plan.

the key message of Robert Dilts here is that without the connexion to the bigger part (the higher chunking level and the dream) and the energy of it, you will miss the magic. Missing the magic means that your innovation will lose strength. He also insists on the fact that although the process starts to be practical, it is still generative, by which he means that at this stage, it is important that you let ideas come to you, the process is "emerging" and not analytical.

after dreaming and storyboarding, it is time to introduce the critic's perspective. This is phase III in Walt Disney's imagineering process. That's when the smallest details of our favorite childhood comics were reviewed over and over, with close attention to detail, even on points the public would never get to see. This step needs to happen only when the first two where completed. Or to say otherwise: you only start to criticize when you've put everything into place to let the magic of innovation happen. "To really orchestrate innovation, you need to go down to that level. The quality of the whole is in each part", Robert Dilts told us.

where the project leader should exclude criticisms during phases I and II (and be though on it, critics must leave the room during phases I and II) in order to let the creativity emerge with its full potential, he also needs to make sure that the team goes to the critical phase and really makes time to do it seriously. During that phase, you'll have to manage obstacles. But you'll also experience that that's when the commitment comes out. You will move from motivation and inspiration to "Am I really gonna do this? Is it ready?".

in Robert Dilts's way of Orchestrating Innovation by using this imagineering method, it is important to work form a generative state called "COACH state". This is a way of uniting the team members and their energies in order to generate true collective imagination and projects. COACH is used as an acronym in which the different letters mean:

you will not find many possibilities to innovate from a CRASH state. The COACH state is the state in which high performance is possible, generated by the whole team, leading to stronger commitments at the end of the process.

this is why working with a business coach is helpful, not only to guide you trough the imagineering process but also to train your team in reaching and maintaining the COACH state and in coming back from the CRASH state when it happens (and it does, which is normal). It's a fantastic journey to take and I would be happy to be your guide during such journey. So get in touch!